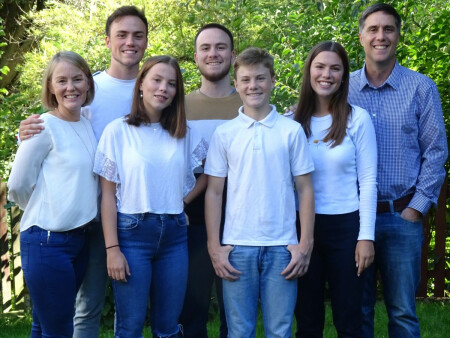 Mission to the World (MTW)

David was raised in Louisiana and Tennessee. He accepted Christ in high school while participating in a short-term mission trip and has felt the call to missions since that time. Eowyn is the daughter of MTW missionaries who served in France. She came to faith at a young age and sensed a call to missions in her teens. They have five children; Jesse, Liam, Alethea, Emmanuelle and Ethan.

The Stoddards have served with MTW in Berlin, Germany since 2001 as church planters. They hold monthly brunches for their non-Christian friends, and David gives an evangelistic devotional. Eowyn has a group of young women who meet together regularly called Mama Talk, giving her the opportunity to make friends with these young mothers, share scripture, and pray for their needs. Both of these venues give the Stoddards the opportunity to invite unbelievers to their church.

David is involved in the education of church leaders in Germany through a new Reformed Seminary called the Martin Bucer Seminary.