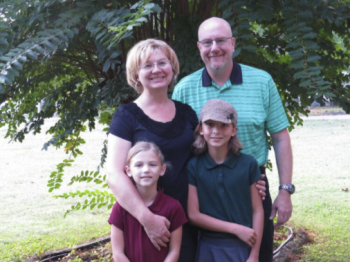 There are some things that a person never forgets. They are indelibly etched into his mind. For Mark Casson, it was the words of a Superior Court Judge who told him in March, 1989, “I hereby sentence you to life in prison with the possibility of parole. The key word here, sir, is possibility. You may never parole from prison and in fact, you may die there. Do you understand this sentence I am imposing on you?”

These words were spoken only a few weeks after Mark was converted to Christ through jail/prison ministry. For the next 15+ years, he would spend his days growing in the grace and knowledge of the Lord Jesus Christ. Mark availed himself of the few Bible studies and courses which were available to him, and he spent much of his time in the Word, teaching others and ministering from the “inside”.

Mark went to five parole hearings and was denied parole each time. It was at the sixth hearing that he heard the words, “By unanimous decision, we find you suitable for parole.” On February 19, 2004, he walked out of prison a twice freed man.

Mark has continued his active Christian life on the outside. For nine years he and his family lived in Fresno CA, where Mark served as a ruling elder at Sierra View Presbyterian Church (PCA). In 2013 they moved to Chattanooga TN, where Mark currently serves as a ruling elder at First Presbyterian Church (PCA). Metanoia is now headquartered in Chattanooga.

Since his release, Mark has been involved in the Dare to Hope program, which takes a message of hope into the prisons in his area. He has been blessed to return to prison more than a dozen times through this program. He has been actively involved in teaching Bible Studies, Sunday School, and the occasional exhortation from the pulpit. He has worked with people at the local Rescue Mission, and he continues to minister to children at a local children’s shelter with the members of his church.

In 2007 Mark was added to the Board of Directors of Metanoia Ministries. Sensing Mark’s burden for prisoners, his love for the great commission and his desire to see men and women changed through the power of the gospel, the Board called Mark to be their Executive Director in 2008.